The elegant 'Jewel Box tomb' of Itimad-ud-Daulah was not high on our priority of places to visit, but I am pleased we did. It is often referred to as the 'Jewel Box in marble' in view of its ornate design, and you can see why when you visit.

The tomb was built by Emperor Jahangir's favourite wife Nur Jahan, for her father, Itimad-ud-Daulah, the "Lord Treasurer" of the Mughal empire. It was constructed between 1622 to 1628 and is an important milestone in architectural design marking the transition of using red sandstone to the magnificence of the Taj Mahal's construction in the 1640s.

We did not employ a guide, nor do I recollect being offered a guide. It is not overrun with touts either, which made the visit even more pleasurable as we were able to saunter around at our own pace, exploring the building and the garden that is so aptly referred to as the Jewel Box tomb. 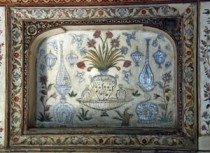 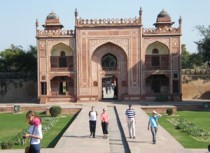 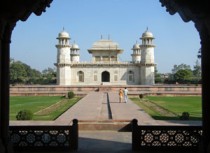 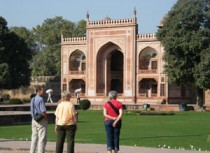 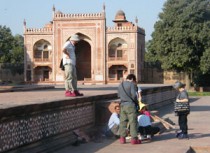 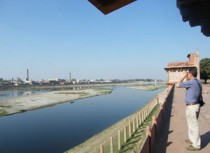 The Jewel Box Garden Tomb of Itimad-ud-Daulah was well worth visiting.